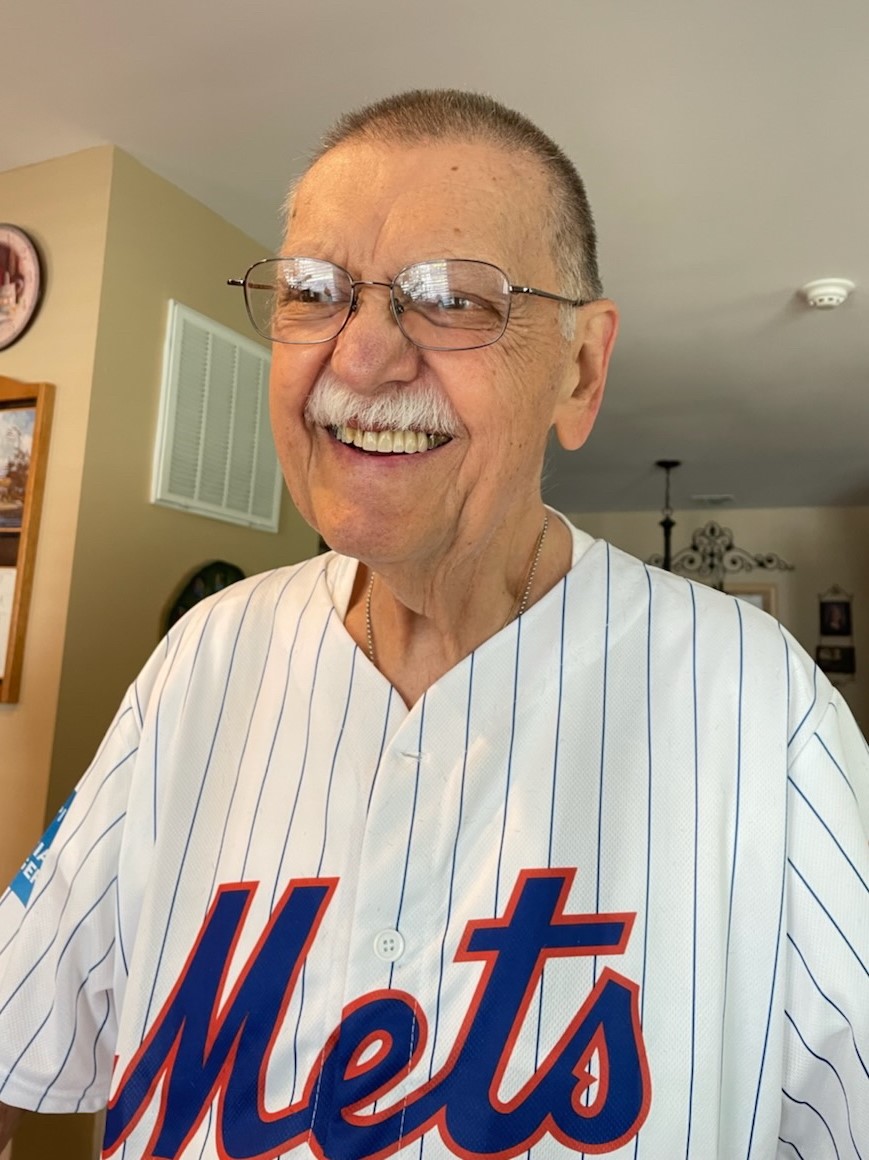 Nicholas (Nick/Dad/Cuz) Lombardo went home to God on April 15th 2022 after a blessed 82 years.
Nicholas Vincent Lombardo was born on 3/23/1940 in The Bronx New York, the first born child of Vincent and Loretta (Laura) his sister Angela was born 2 years later. He was raised in the Bronx where he lived across the hall from his Aunt Mary, Uncle Salvatore (Sally) and his beloved cousins Nick and Mikey.
The sisters, Mary and Laura raised their children together, often keeping the front doors open in both apartments so the children could move freely and live communally. This was the foundation for a life in which family was everything. Nicholas was a devout Catholic and attended parochial school from grammar school through his undergraduate years at St. John’s University. Prior to his transfer to St. John’s, he attended Ft. Schuyler for 3 years where he embarked on 2 overseas cruises. He loved to share these memories and the many photos of these adventures with his family for many years. He obtained his masters degree from Rensselaer Polytechnic Institute in 1973 after spending 3 summers studying in Troy, NY with his wife and kids in tow.
He graduated St. John’s in May 1964 with a degree in education and married his high school sweetheart, Diane Carol Swenson June 20th 1964.
Nick and Diane met at a high school dance in 1956, from that day they have been inseparable, truly only away from each other while dad was at Ft. Schuyler.
They relocated to Long Island when Nick started his teaching career at Deer Park High School where he taught for 35 years, retiring in 1995. Nick’s sense of humor, dedication to teaching, students and colleagues were hallmarks of his career. Many years after being in his class, Nick would here his name called “Mr. Lombardo” in stores throughout Long Island and he would spend some time chatting with a former student. It always makes us proud to know he made an impact on so many people.
Nick spent his life in service to his family and his faith. He was utterly devoted to the Parish of the Holy Cross in Nesconset, the town where he raised his family. Even after relocating to Coram in 2005, Nick remained, along with his beloved wife, the co-chair of the hospitality committee. He was known for keeping the church basement stocked with supplies and for brewing the best bulk coffee in town, to be served alongside Diane’s Entemann’s treats, after special celebrations in the parish.
Nick and Diane were blessed with 5 children and 8 grandchildren. As the father of 5 he worked many jobs in addition to his teaching job to support his family while his wife maintained the household. Each summer he worked at the SBC from 1979-2000 and he had a small business preparing tax returns, and cleaning factories. This work ethic, he learned from his father and he passed on to all of us. The only person that could outwork him is Mom. Even though he worked a lot, Nick found a way to be present at band and orchestra concerts, lacrosse games and all the other events that went with having 5 children in Suburban Long Island.
Nick touched many lives during his 82 years and will be missed by so many.
He is survived by his wife Diane, his children Vincent, Loretta, Dorothy, Jennifer and Diana, as well as his sister Angela, her daughter Laurie, his 8 grandchildren Nicholas, Angelo, Christopher, Vincent, Charles, Elizabeth, William and Owen and many cousins, nieces, nephews, friends and colleagues.