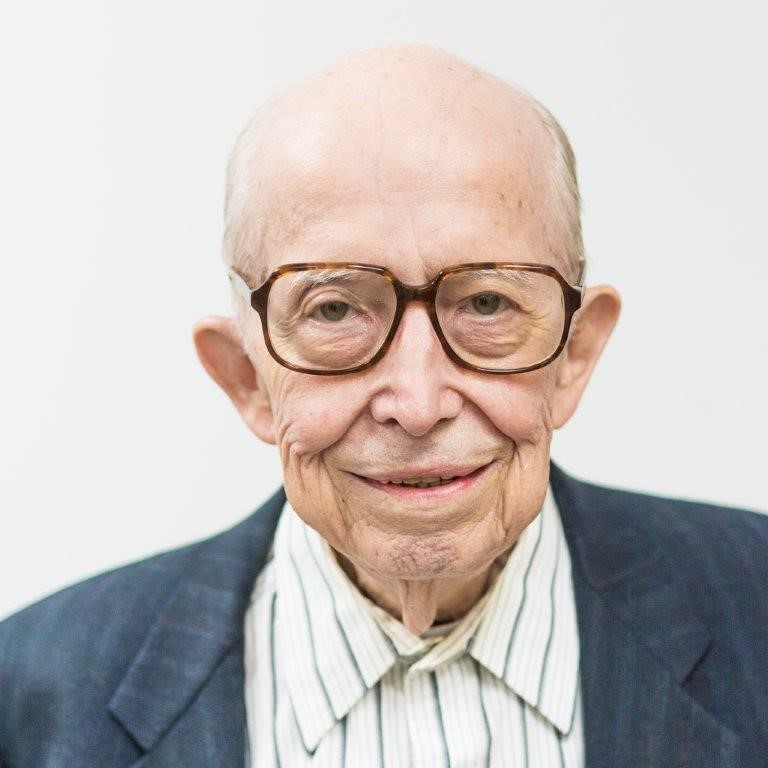 Dr. Marshall Cleland of Hauppauge, New York, passed away on April 24, 2019. Born in Vermillion, South Dakota on February 9, 1926, Cleland’s pursuit of his baccalaurate was interrupted by service in the Army Air Corps during World War II. He obtained his B.A. in Physics from the University of South Dakota and went on to earn his doctorate in Nuclear Physics at Washington University in St. Louis in 1951. Following a year at the National Bureau of Standards then in Washington, DC, Marsh devoted his efforts to developing high power accelerators. This lead his co-founding of Radiation Dynamics, Inc. in Westbury, New York in 1958 and to the development and commercialization of his innovative accelerator, the Dynamitron™. Over 200 of these high-power accelerators are installed mostly in industrial facilities throughout the world for use in the manufacture of wire and cable, heat shrinkable products, tire components and other applications. RDI was acquired by the Belgian company, IBA, in 1999 and is now known as IBA Industrial Inc.

Dr. Cleland was awarded eighteen US patents and corresponding foreign issuances, including the basic patent on his accelerator design. He published more than 200 papers and chaired numerous sessions at radiation and accelerator conferences. He also was a member of the American Nuclear Society, the American Physical Society, the New York Academy of Sciences, ASTM International and the Council on Ionizing Radiation Measurements and Standards (CIRMS), of which he was a co-founder and its first President.

At the eighth International Meeting on Radiation Processing held in Beijing in 1992, Dr. Cleland was named an IMRP laureate. In 2004, he was named a Fellow of the American Physical Society. In 2006, ASTM International conferred the Peter D. Hedgecock Award on Marsh for his sustained and exceptional contributions to the development and use of nuclear-related standards. In 2009, Marsh was awarded the CIRMS Caswell Award for Distinguished Achievements in the Field of Ionizing Radiation Measurements and Standards. The Rad Journal honored Dr. Cleland with its Gunderson Award in 2011 for his lifetime contributions to Radiation Safety and Technology. He also was made an IBA Fellow in recognition of his continued contributions to accelerator developments and their applications.

Dr. Cleland is survived by two daughters and two sons, four granddaughters, two grandsons and two great-grandsons. He will be interred in South Dakota next to his beloved wife of nearly 60 years, Rosalie, who passed away eleven years ago.