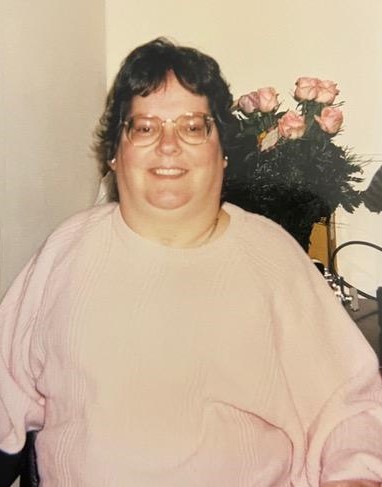 Those we love don’t go away, they walk beside us everyday.

We celebrate the life of Janet Kelly. Born July 21, 1953 and on July 21, 2022 God chose to take her home. Janet leaves behind her two sons and their wives, Christian & Andrea Calamia and Brian & Jennifer Calamia, along with her four grandchildren Julianne, Samantha, Emily & Austin. Janet is also the daughter of late Edward & Julie Kelly and a sister to Ed Kelly and Maureen Pawlikowski.

Although Janet had faced many challenges since her accident, she never stopped pushing herself. If we were to describe Janet the words we would use are determined, spiritual, knowledgeable and kind. Janet also pushed her self through college and was granted a degree in psychology at Sony Oneonta in 2002.

Janet was part of MANY celebrations through the years with her family. We truly believe her own parents welcomed her with open arms, no longer restricted to a wheelchair. We hope she is dancing and walking beside all of us. Until we meet again…