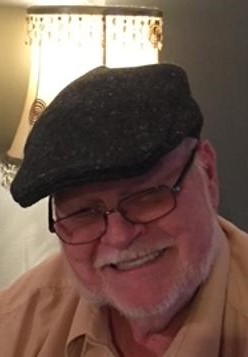 In lieu of flowers donations are appreciated to JDRF .org

Doug was born on March 30, 1945 at home in Jamaica, Queens, N.Y. to an immigrant father from Airdrie, Scotland and a mother from Noblesville, Indiana.  Doug grew up near Jamaica Bay and that is where he learned how to fish and go crabbing.  Doug had 4 sisters and 3 brothers and when he was just a boy he went to live just outside of Wausau, Florida on a small farm with his sister Joann while her husband was stationed in Greenland.  He carried his experience there with him for his lifetime.  He returned home just before the 7th grade and unfortunately too short years later his Dad passed when Doug was just 16.  He quickly became the “man of the house” and had school and work responsibilities.  He moved on to graduate high school.  The only one in his family to do so.  Doug worked in the food service industry his entire career.  He married the love of his life, Micky in 1967 and were together until Micky’s passing in 2017.  They were married for 51 years.  Doug was a family man who loved his family so deeply and would go to the ends of the earth for them.  He was an outdoorsman and loved to fish.  Doug above all was a man of faith and that faith took him home.
Doug is survived by his two daughters, Lisa Gali and Heather MacCulloch.  He is also survived by his son in law, Richard Gali and his two grandchildren, Alexis and Richard Gali.  He is also survived by his cat Frosty.

Katy Nunziata on her family. Before you

In lieu of flowers donations are appreciated to JDRF .org